Why Are Diamonds Traditionally Used in Engagement Rings?

Why Are Diamonds Traditionally Used in Engagement Rings? 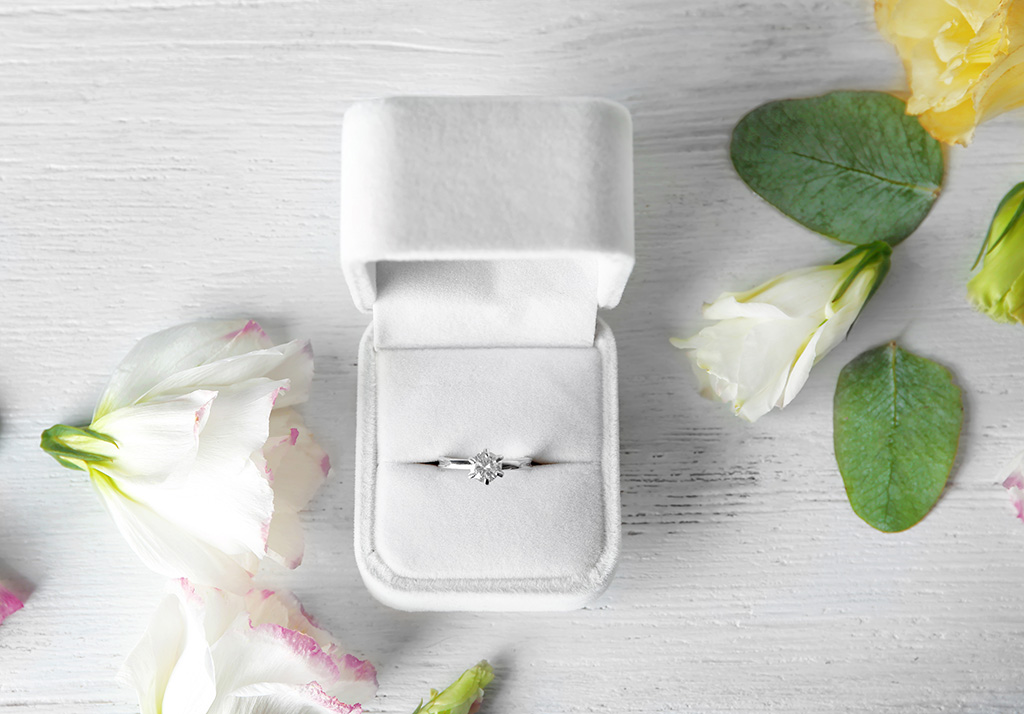 The History of Engagement Rings

It wasn’t until the 1870s that diamonds became more common among the general public. During this decade, an abundance of diamonds was found in South Africa, making them much more accessible than they were before. However, even though they were more accessible, it still took a while for diamonds to become commonplace in engagement rings.

A Diamond is Forever

Diamonds truly took off as the gemstone of choice for engagement rings in 1947, and it was all thanks to an advertisement. A diamond company by the name of De Beers released an advertising campaign that had the slogan “a diamond is forever,” and it took off around the world! Suddenly, people were seeing the diamond in a new way. From then on, the diamond truly became a symbol of marriage and eternal love.

The early diamond engagement rings showcased point cuts, which involved very little true cutting of the diamond. Instead, this diamond style was simply used to clean off any minerals or debris on the diamond when they were found while keeping the stone close to its natural appearance. These diamonds would have a pointy top, hence their name.

From the point cut, diamonds began getting different treatments, including the table cut. The table cut took the pointed top of the point cut diamonds and flattened it out to look like a tabletop. This cut gave way to a cut we see often, even now – the emerald cut. The emerald cut was the first cut that was more intricate for a diamond, meant to show off the color and clarity of the stone through more facets than the previous cuts provided.

From there, diamond cutting as an art continued to take off, which has led to a variety of different diamond cuts. Some of the most popular diamond cuts today include the princess cut, the oval cut, the round cut, and the pear cut. Each cut provides a unique style and shape that is steps above the early diamonds the 15th century saw placed in engagement rings.

Now that you know why most engagement rings have diamonds in them, you may be wondering why we continue to use them today. Since their popularity can be traced back to a marketing campaign, it can be easy to wonder if they are the best option.

Of course, when you know the details of a diamond, it becomes clear why their popularity has long outlasted the advertisement that brought them into the engagement ring market. 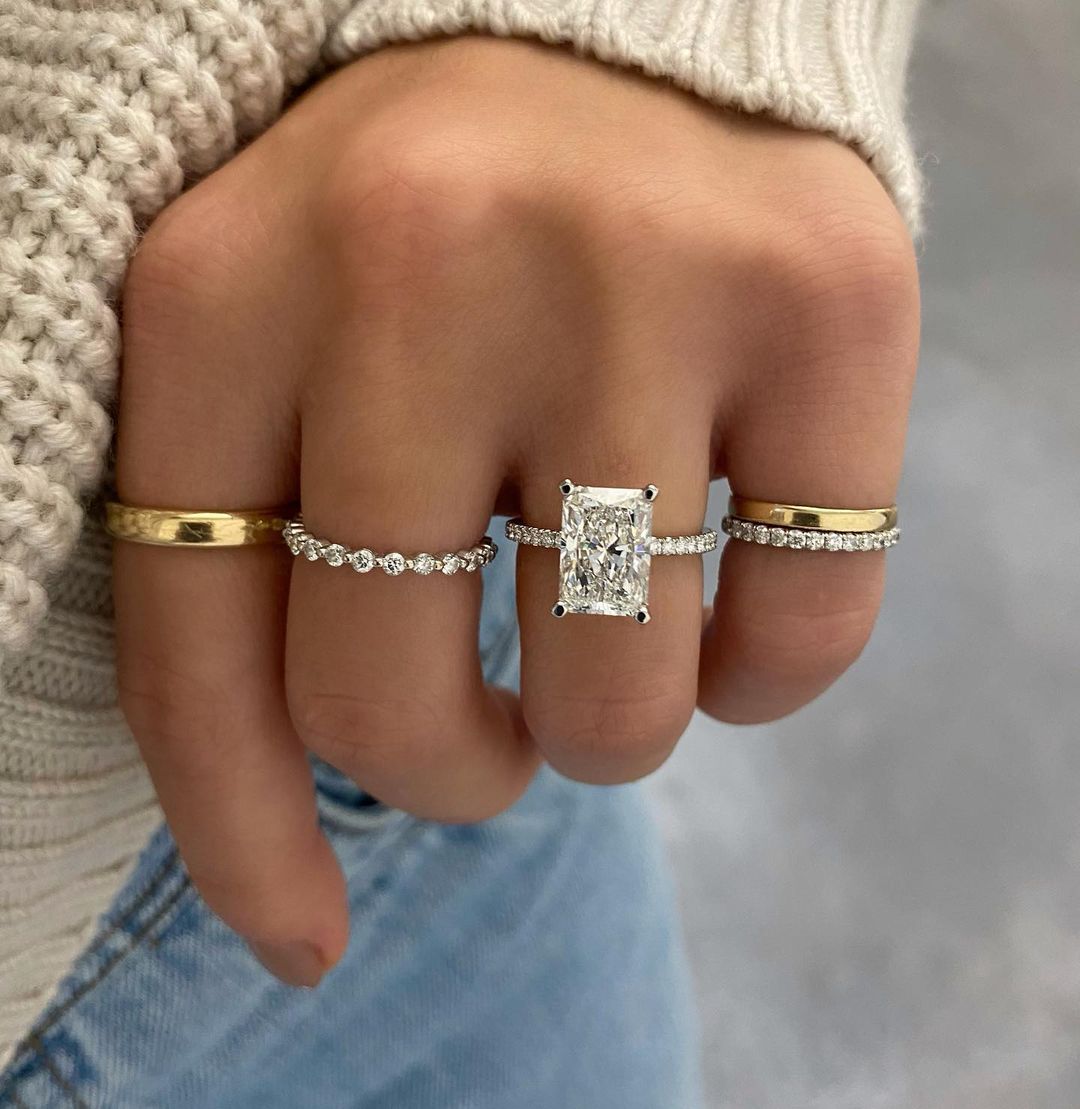 One of the biggest perks of using diamonds in engagement rings is how durable they are. In fact, diamonds are the strongest material that occurs naturally on earth! Most engagement ring owners wear their ring every day, so think about the wear and tear the ring will experience. Diamonds are the best choice to stand up to such regular usage because it’s next to impossible to scratch them or damage them.

As the younger generations become less traditional with their engagement ring choices, some other stones have become increasingly popular compared to diamonds. For those who are looking for more affordable options or even more colorful ones, there are plenty of popular options out there to consider:

MOISSANITE: This stone has grown in popularity because its appearance is similar to that of a diamond, but it is much less expensive than true diamonds.

SAPPHIRES: Though most commonly blue, sapphires come in a variety of stunning colors if you’re looking for a center stone that stands out from the crowd.

OPALS: Opals are known to have impressive and unique appearances due to the color combinations present in them. They are much more delicate than diamonds, though. 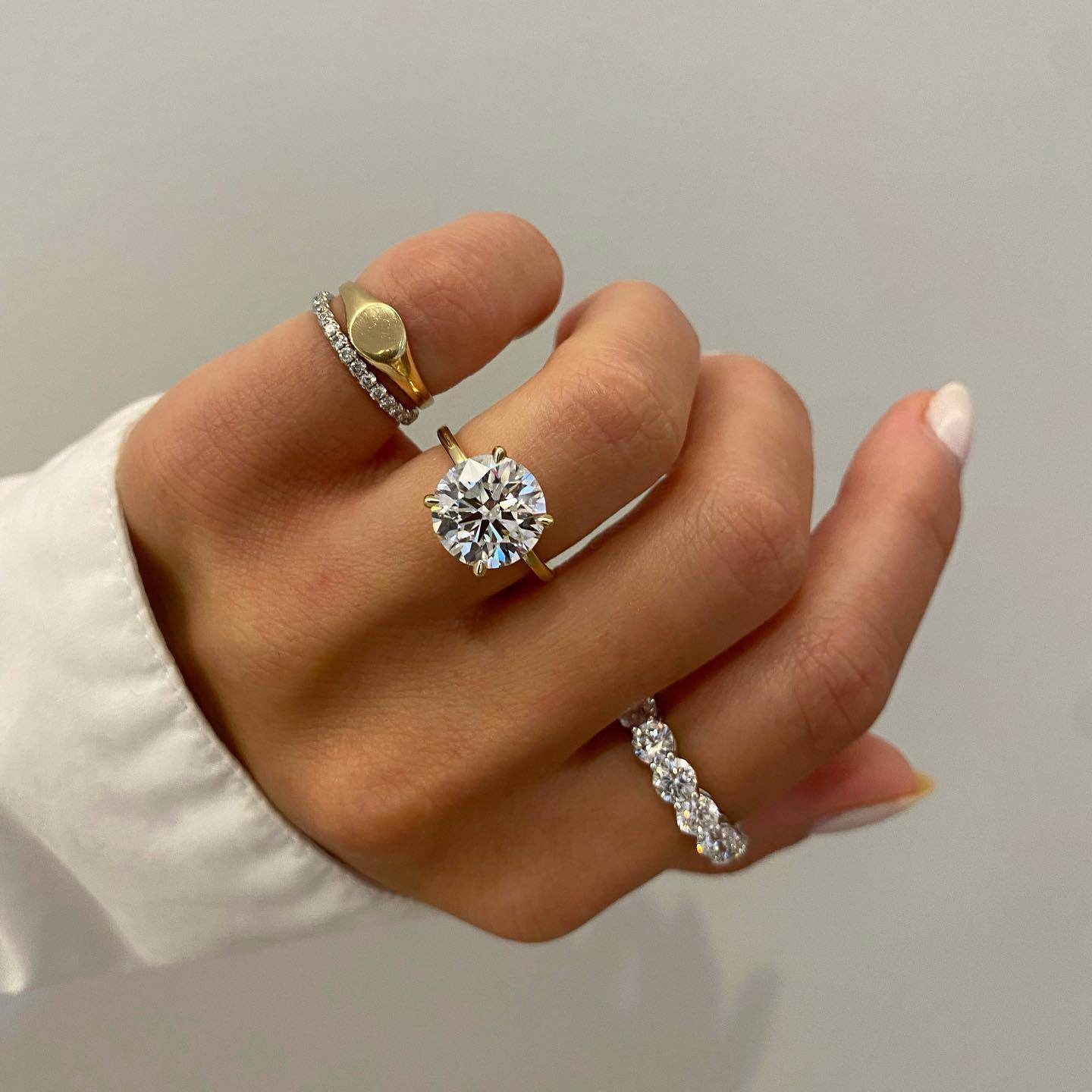 When picking a diamond for your engagement ring, you can be overwhelmed by the different cuts, sizes, and available styles.

However, something else you should consider is whether you want a natural diamond or a lab-created diamond. As it becomes more common to like to purchase goods that are ethically sourced, lab diamonds are becoming a much more popular choice!

Lab diamonds allow you to have more impressive quality and purity when compared to diamonds that are mined from the earth. In addition to those benefits, you can be confident in knowing where your diamond came from and know that it was ethically sourced. Plus, natural diamond mining can be damaging to the environment, so lab diamonds can help you do your part in being environmentally conscious! 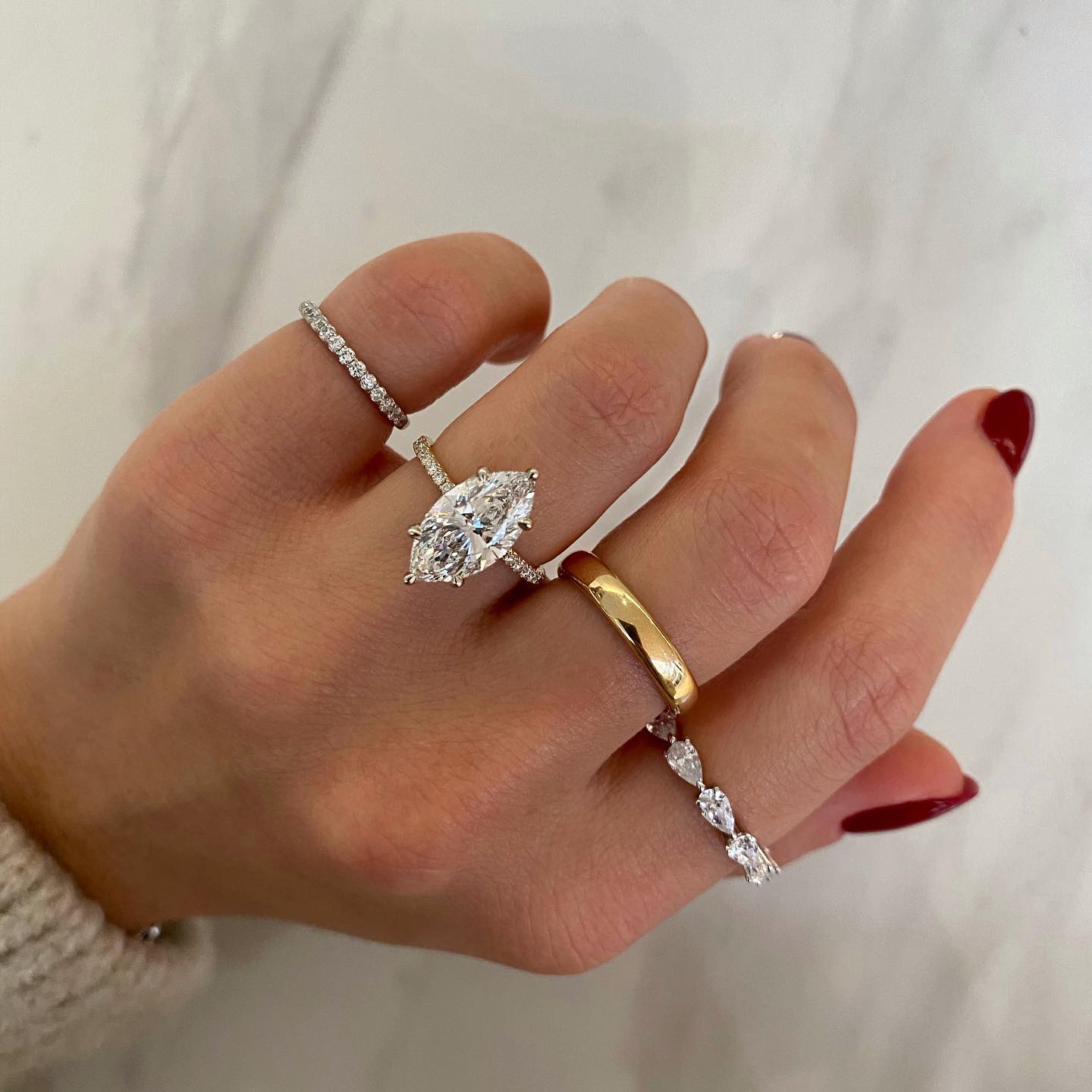 Diamonds have been the most popular stone choice for engagement rings for centuries, and it doesn’t appear that will be changing anytime soon. While they got their popularity through marketing, they kept their popularity thanks to their practicality, versatility, and durability. The truth is, there isn’t a better gemstone out there for your engagement ring than a diamond! 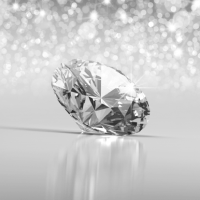 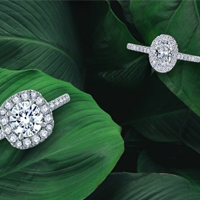 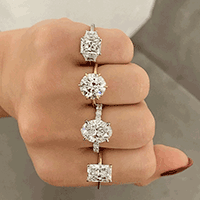 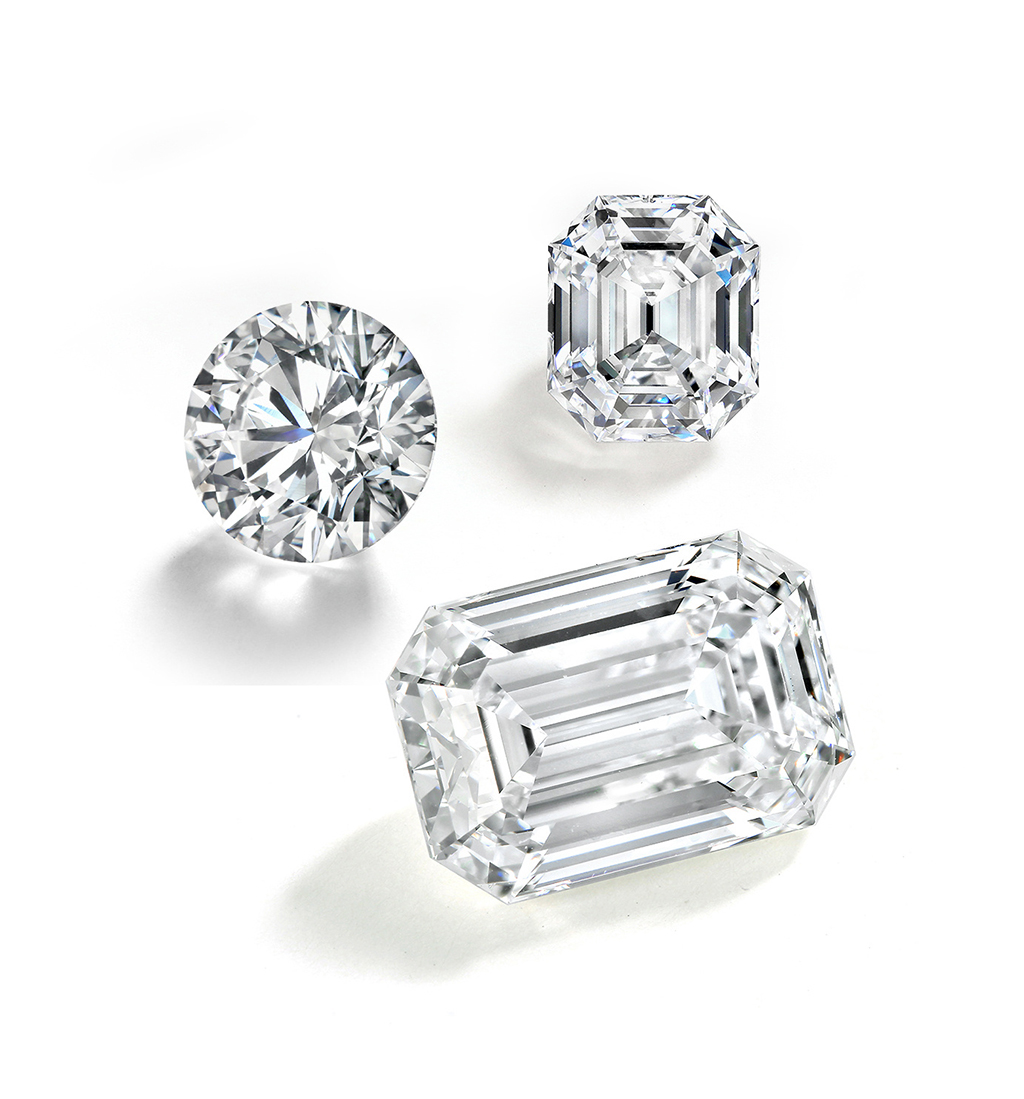 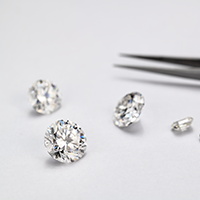 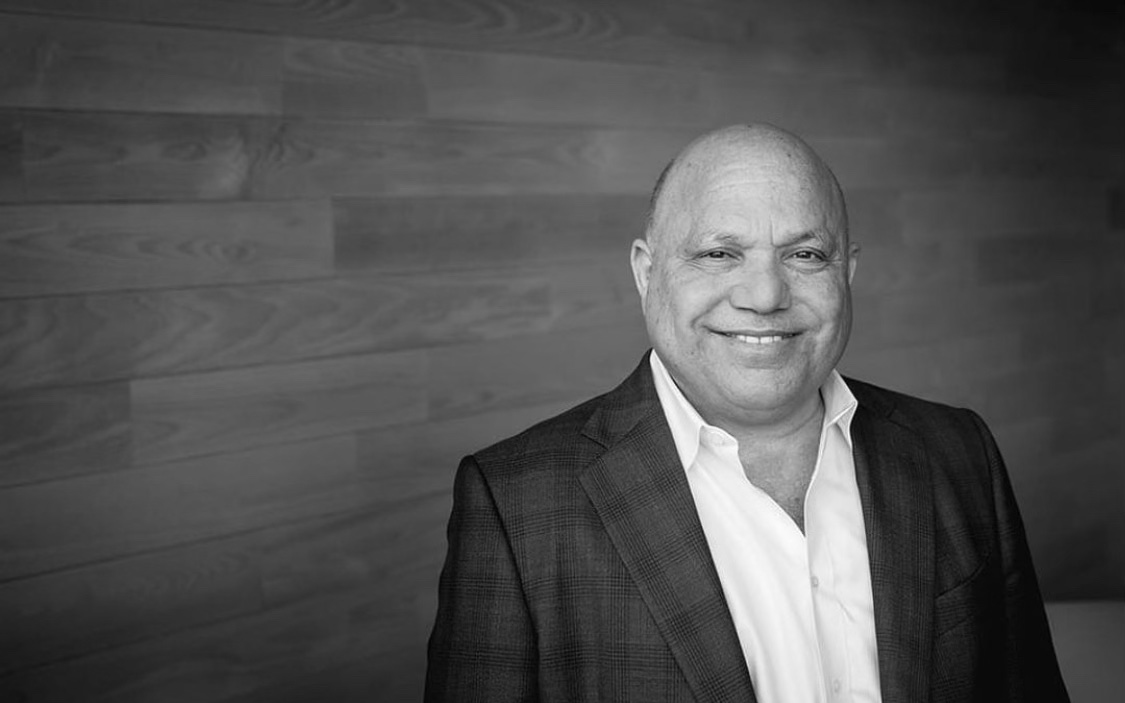 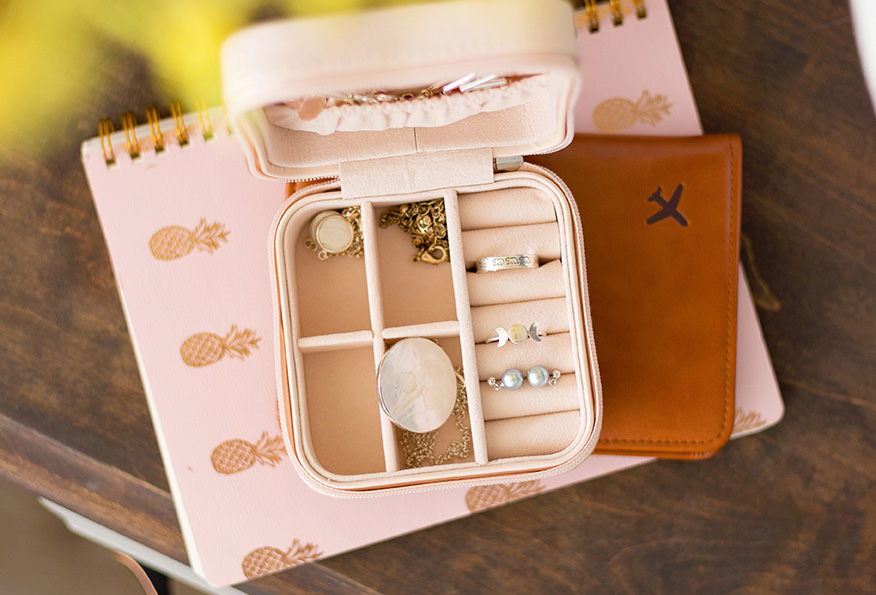 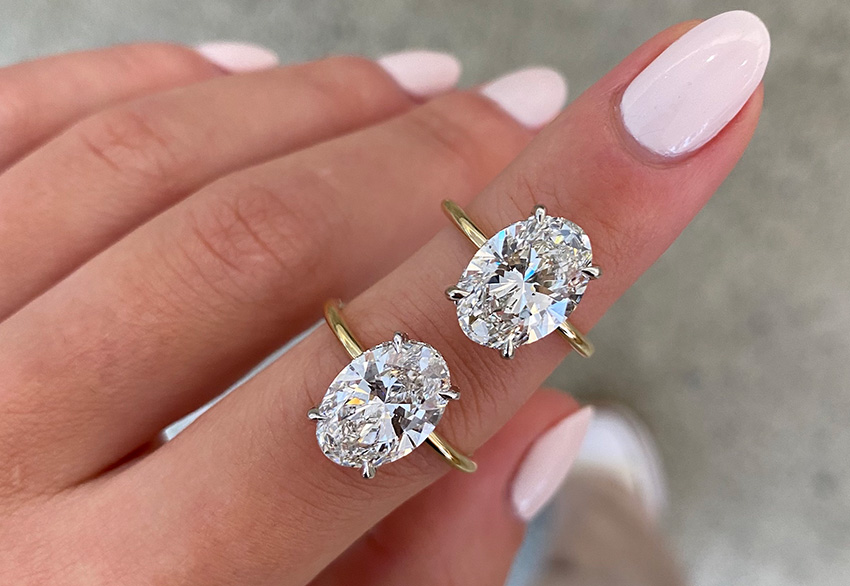 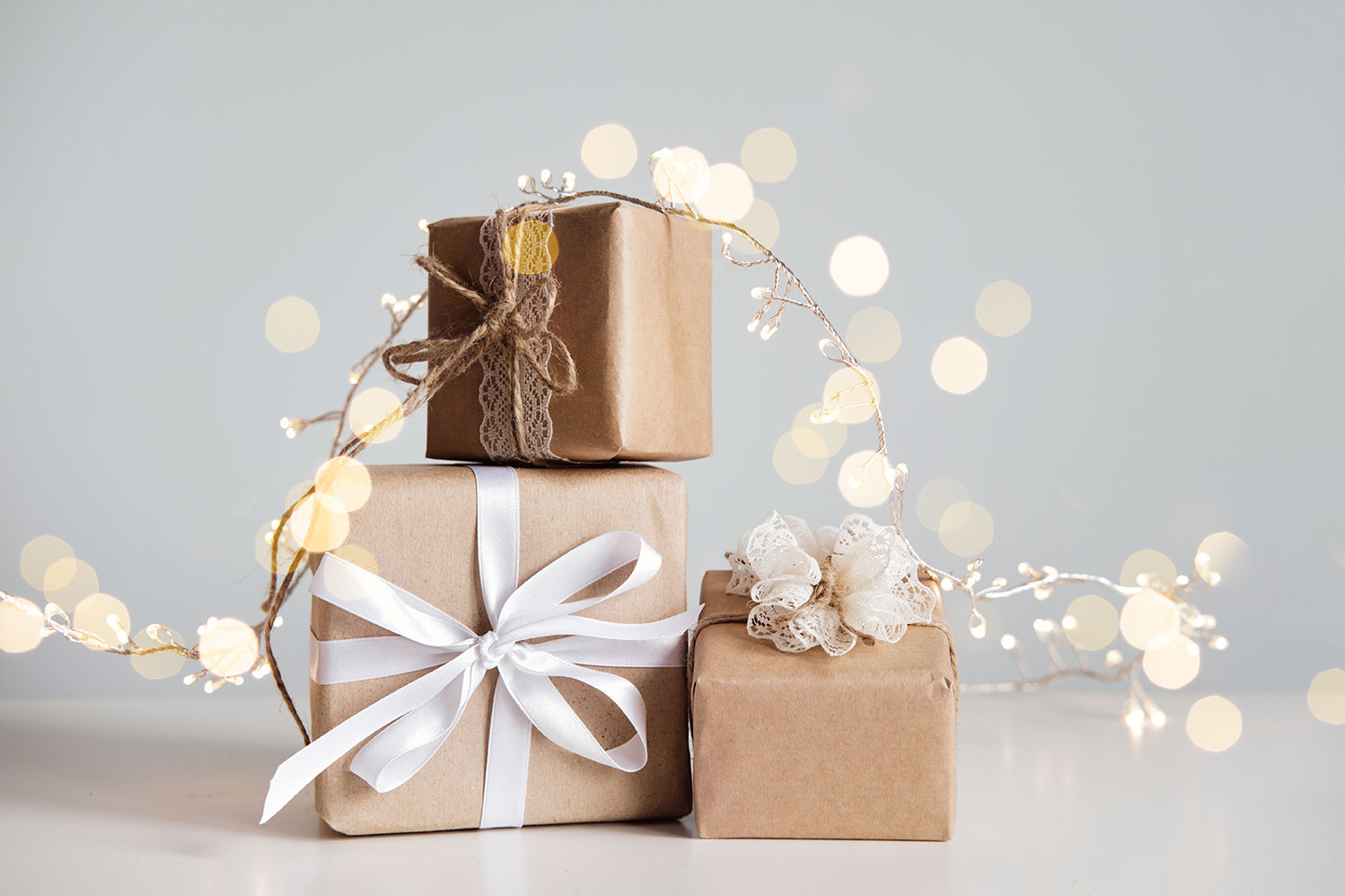