There are no laws that regulate how diamonds are graded. There are differences among different grading companies and organizations. Yadav deals with certified/graded diamonds from the most respected labs:GIA and EGL.

Both GIA and EGL are very reliable independent diamond grading laboratories. They both employ leading gemologist and use the highest technologies to grade diamonds. Both set industry standards and are well respected.

Both GIA and EGL are very reliable independent diamond grading laboratories. They both employ leading gemologist and use the highest technologies to grade diamonds. Both set industry standards and are well respected.

Both GIA and EGL do not make diamonds, rather diamonds are sent to them to get a completely independent and objective diamond grading report.

Why the Price Difference?

One of the main reasons for GIA being more expensive than EGL is the fact that GIA diamonds are much more popular and well known in the U.S. because of their grading scale. This makes the demand for GIA diamonds higher which also raises the prices. This is true mainly to the U.S., in other markets around the world, i.e. Europe and Russia EGL diamonds are in very high demand.

The Price difference is becoming smaller

EGL diamonds are becoming very popular, which means that their prices are also going to increase overtime. We have noticed a shift in popularity in the past few years between GIA and EGL. For example in Texas, EGL diamonds are much more popular and in higher demand than GIA. We expect to see this trend continue in the next few years.

Take advantage of the opportunity

Right now while GIA diamonds are still in higher demand in the U.S. which raises their prices, this presents an opportunity that might not always be available. This provides a rare opportunity for diamond shoppers in the U.S. to purchase larger EGL diamonds for a much cheaper price compared to the same GIA diamond.

Gemological Institute of America (GIA) is a leading authority in gemology. As an independent diamond grading laboratory they are considered to have the highest grading standards. The GIA Lab is the most common and sets the industry standard for COLOR and CLARITY grading.

The Diamond Dossier®, is issued for diamonds weighing less than 1 carat.

European Gemological Laboratory (EGL) founded in 1974 is one of the leading grading laboratories world-wide. It employs over 1,100 scientists and diamond educators to ensure quality grading.

EGL is one of the world's premier gemological laboratories. For over 25 years it has offered the fine jewelry trade and consumers accurate, reliable gemstone identification and professional certification to validate their gemstone purchases.

EGL has been an innovator in the diamond grading industry known for establishing revolutionary techniques for grading diamonds that weigh less than one carat. In addition they were the first to establish the SI3 clarity rating.

For over 25 years it has offered the fine jewelry trade and the consumer accurate and reliable gemstone identification as well as professional certification to validate their gemstone purchases. 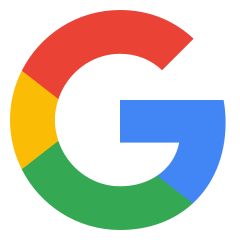